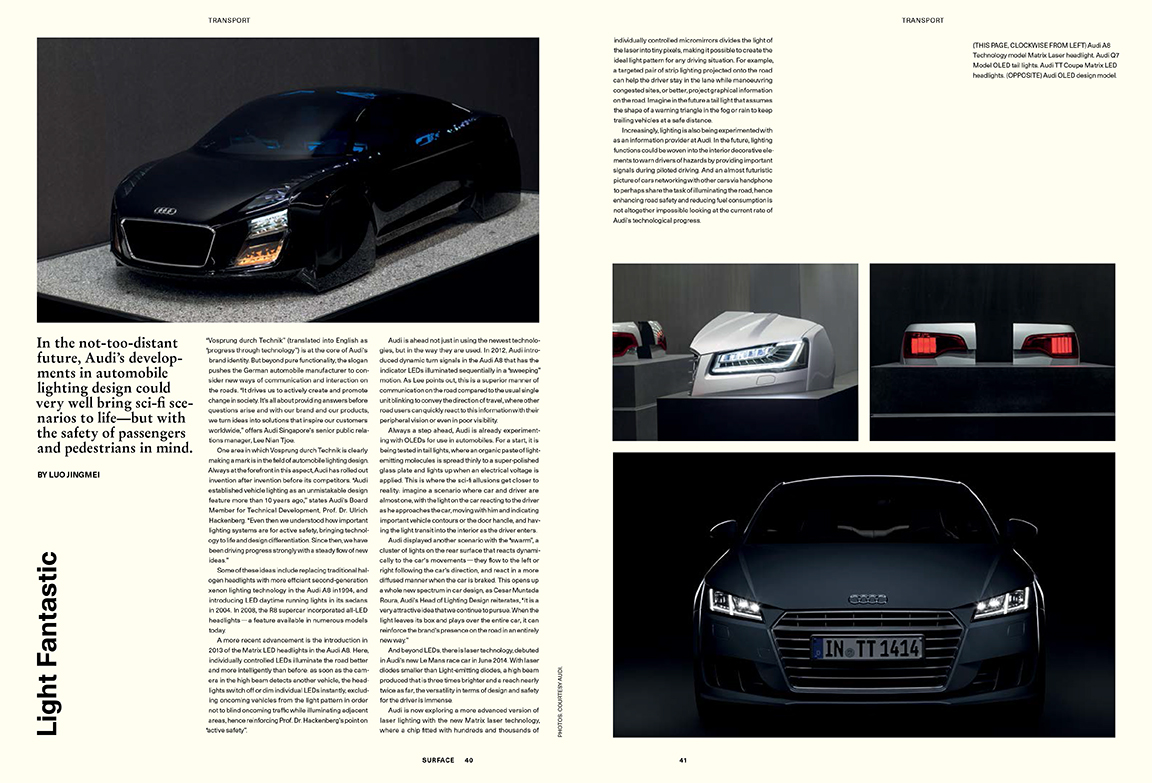 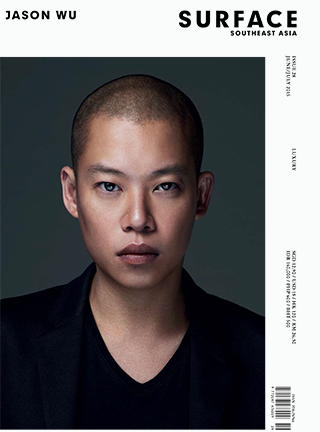 In the not-too-distance future, Audi’s developments in automobile lighting design could very well bring sci-fi scenarios to life – but with the safety of passengers and pedestrians in mind.

‘Vosprung durch Technik’ (translated into English as ‘progress through technology’) is at the core of Audi’s brand identity. But beyond pure functionality, the slogan pushes the German automobile manufacturer to consider new ways of communication and interaction on the roads. “It drives us to actively create and promote change in society. It’s all about providing answers before questions arise and with our brand and our products, we turn ideas into solutions that inspire our customers worldwide,” offers Audi Singapore’s senior pr manager Lee Nian Tjoe.

One area in which Vosprung durch Technik is clearly making a mark in is in the field of automobile lighting design. Always at the forefront in this aspect, Audi has rolled out invention after invention before its competitors. “Audi established vehicle lighting as an unmistakable design feature more than ten years ago,” states Audi’s Board Member for Technical Development, Prof. Dr. Ulrich Hackenberg. “Even then we understood how important lighting systems are for active safety, bringing technology to life and design differentiation. Since then, we have been driving progress strongly with a steady flow of new ideas.”

Some of these ideas include replacing traditional halogen headlights with more efficient second-generation xenon lighting technology in the Audi A8 in1994, and introducing LED daytime running lights in its sedans in 2004. In 2008, the R8 supercar incorporated all-LED headlights – a feature available in numerous models today.

A more recent advancement is the introduction in 2013 of the Matrix LED headlights in the Audi A8. Here, individually controlled LEDs illuminate the road better and more intelligently than before: as soon as the camera in the high beam detects another vehicle, the headlights switch off or dim individual LEDs instantly, excluding oncoming vehicles from the light pattern in order not to blind oncoming traffic while illuminating adjacent areas, hence reinforcing Profesor Dr Hackenberg’s point on “active safety”.

Audi is ahead not just in using the newest technologies, but in the way they are used. In 2012, Audi introduced dynamic turn signals in the Audi A8 that has the indicator LEDs illuminated sequentially in a “sweeping” motion. As Lee points out, this is a superior manner of communication on the road compared to the usual single unit blinking to convey the direction of travel, where other road users can quickly react to this information with their peripheral vision or even in poor visibility.

Always a step ahead, Audi is already experimenting with OLEDs for use in automobiles. For a start, it is being tested in taillights, where an organic paste of light-emitting molecules is spread thinly to a super-polished glass plate and lights up when an electrical voltage is applied. This is where the sci-fi allusions get closer to reality: imagine a scenario where car and driver are almost one, with the light on the car reacting to the driver as he approaches the car, moving with him and indicating important vehicle contours or the door handle, and having the light transit into the interiors as the driver enters.

Audi displayed another scenario with the “swarm”, a cluster of lights on the rear surface that reacts dynamically to the car’s movements – they flow to the left or right following the car’s direction, and react in a more diffused manner when the car is braked. This opens up a whole new spectrum in car design, as Cesar Muntada Roura, Audi’s Head of Lighting Design reiterates, “It is a very attractive idea that we continue to pursue. When the light leaves its box and plays over the entire car, it can reinforce the brand’s presence on the road in an entirely new way.”

And beyond LEDs, there is laser technology, debuted in Audi’s new Le Mans race car in June 2014. With laser diodes smaller than LED diodes, a high beam produced that is three times brighter and a reach nearly twice as far, the versatility in terms of design and safety for the driver is immense.

Audi is now exploring a more advanced version of laser lighting with the new Matrix laser technology, where a chip fitted with hundreds and thousands of individually controlled micromirrors divides the light of laser into tiny pixels, making it possible to create the ideal light pattern for any driving situation. For example, a targeted pair of strip lighting projected onto the road can help the driver stay in the lane while manoeuvring thought congested sites, or better, project graphical information on the road. Imagine in the future a taillight that assumes the shape of a warning triangle in the fog or rain to keep trailing vehicles at a safe distance.

Increasingly, lighting is also being experimented with more and more as an information provider at Audi. In the future, lighting functions could be woven into the interior decorative elements to warn drivers of hazards by providing important signals during piloted driving. And an almost futuristic picture of cars networking with other cars via handphone to perhaps share the task of illuminating the road, hence enhancing road safety and reducing fuel consumption is not altogether impossible looking at the current rate of Audi’s technological progress.